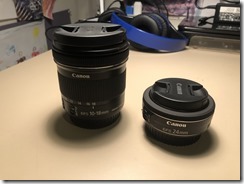 I took a series of pictures with the Canon a tripod to look at the different field of views. 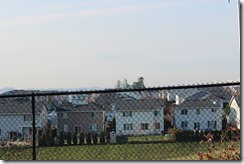 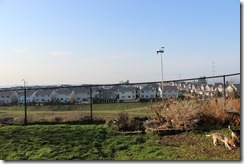 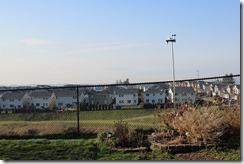 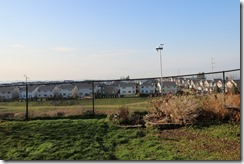 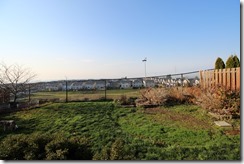 With upgrading my weather computer to Windows 7, I found out the Canon PowerShot A520 doesn’t work with the Willing Webcam software.  Though it is listed on the supported camera page, a second reading showed that it was only supported under Windows XP.  I did some further research and found out that Canon stopped adding the feature that allowed remote control of the PowerShot line via USB cable a few camera generations back.  I did find a possible alternative in something called CHDK.  CHDK is short for the Canon Hack Development Kit.  It is a technique to install an alternative firmware on a SD card and boot the camera to it. I had a newer Canon PowerShot SD780IS and gave it a shot.  I tested it with a different time-lapse software called VideoVelocity which supported CHDK.  Unfortunately, after all that configuration, it still didn’t work with either VideoVelocity or Willing Webcam.  So, I threw in the towel and went back to the Logitech C910.  It was fuzzy but worked under Windows 7 and Willing Webcam.

I originally setup my weather camera to use a Logitech QuickCam C910 web camera.  I did some previous research and the choices seems to be either a Logitech or Microsoft web camera.  I liked the C910 because it said it was HD and had a good lens with auto-focus.

The operation went fine however over time I became less impressed with the C910 camera.  My biggest compliant was the images were blurry.  It didn’t seem like it was an auto-focus issue as I had the focus on manual focus to infinity.  But, this change required me to leave the software running all the time which was an issue when the computer rebooted and I would have to turn off the auto-focus again.  Lastly, the CPU was always running around 50% usage.

But, the image quality became the sticking point.  I decided to do some more research.  The research pointed me to using an actual digital camera.  The Willing Webcam software said it supported some models of Canon cameras.  I had two cameras but neither worked.  I did some more research and found out that Canon supported a protocol called PTP (Picture Transfer Protocol).  A free software called gPhoto has a list of camera that support PTP so that explained why my two didn’t work.  But, now I had a list of what did.

I was thinking of buying a new camera didn’t make a lot of sense.  I looked at eBay first but actually found better results at Amazon which sold many old, used camera.  I selected a Canon PowerShot A520.  It only cost around $20.  I needed to order an USB cable, too.

I tested the camera and it worked fine.  I had to change my mount on the window frame but finally got the right position for the camera view.  The images were excellent.  In fact, I had to reduce the resolution because the time-lapse movie was too big to store.  Check out the results at Woicik Weather Camera.